Home » What Are Binaural Beats? 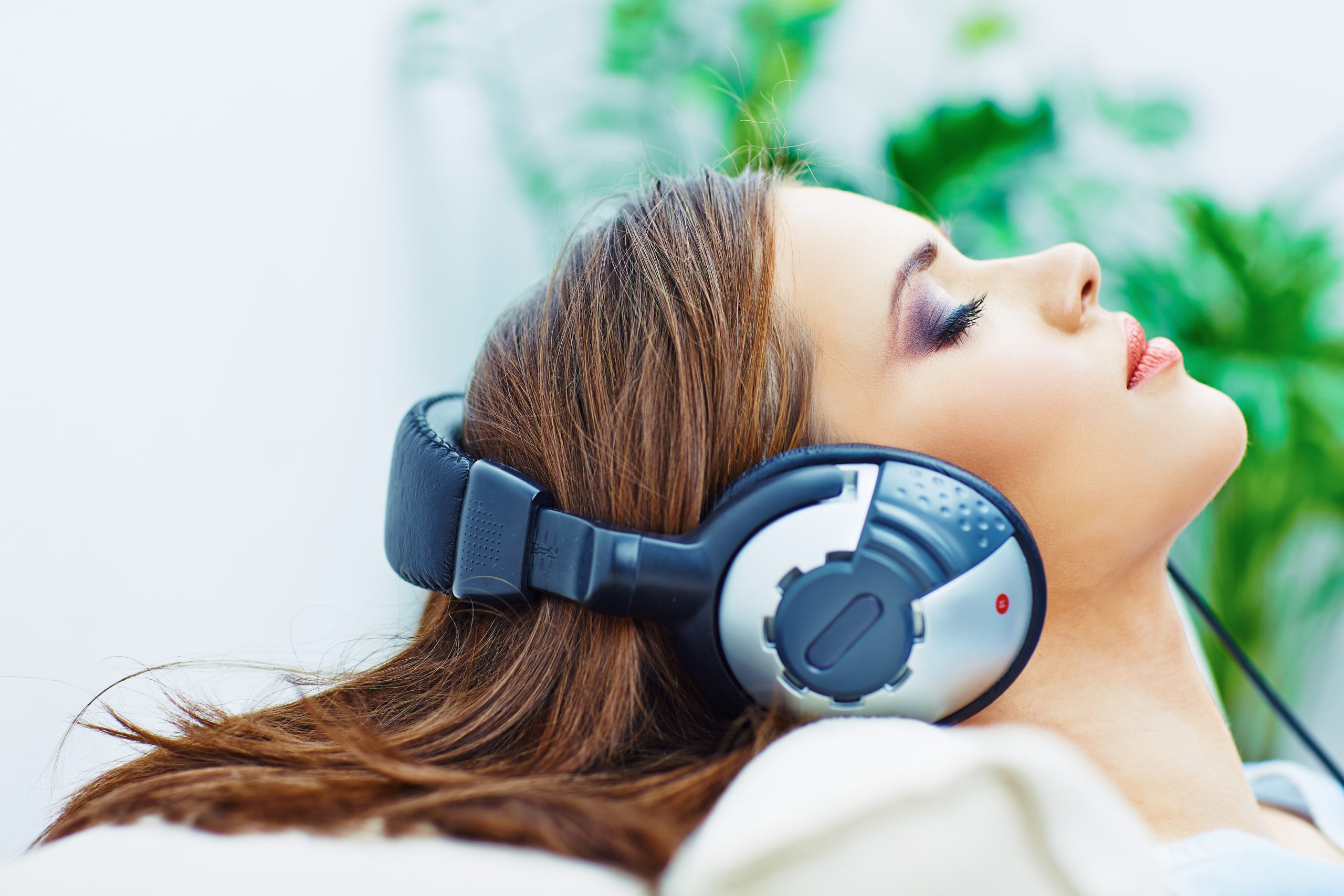 Binaural Beats Are A Form Of Brain Waves Entrainment Technology

The beats influence the brainwaves, which in turn affect and alter the state of a person’s consciousness.

Our brains, like pretty much everything else in the universe, both respond to, and manifest frequencies, or waves. This is not hypothetical; these waves can be measured.

For example, unconsciousness has a (low) frequency, sleep has a higher frequency, and then there is a whole range of increasingly higher frequencies above that which correspond to our different waking actions and the related mental activity at the time.

Brain entrainment, is the effect that an external influence has on our brainwave frequency. Binaural beats are produced when both ears are listening to two different tones.

However, it is difficult to determine as it sounds like one tone. (As the dictionary says, ‘binaural means relating to or involving both ears.’) These frequencies produce an auditory beat that influences the brainwaves, affecting the consciousness.

This report will provide real enlightenment about binaural beats, not only what they are, but how to use them in your life. There are real health benefits of using binaural beats. They can help in fine-tuning your life by enhancing your focus when needed, by bringing on a meditative state or helping with getting to sleep.

Binaural beats existed long ago, but we live in exciting times, where we have instant access to pre-recorded soundtracks that can alter our mind’s state in a few minutes.

What Are Binaural Beats?

Binaural Beats were first discovered by physicist Heinrich Wilhelm Dove in 1839. He found that listening to certain tones elicits certain reactions in the brain. He discovered that when one ear listens to a sound that differs in frequency with the sound heard by the other ear, a new beat is produced.

How Does Binaural Beats Therapy Work?

Our brains operate in a range of frequencies. The frequency at any given time will depend on many factors. It influences and is influenced by the activity we are performing, what we have eaten, drunk, or otherwise consumed, our environment, and other factors. Scientists have classified our brain wave states into four main phases. 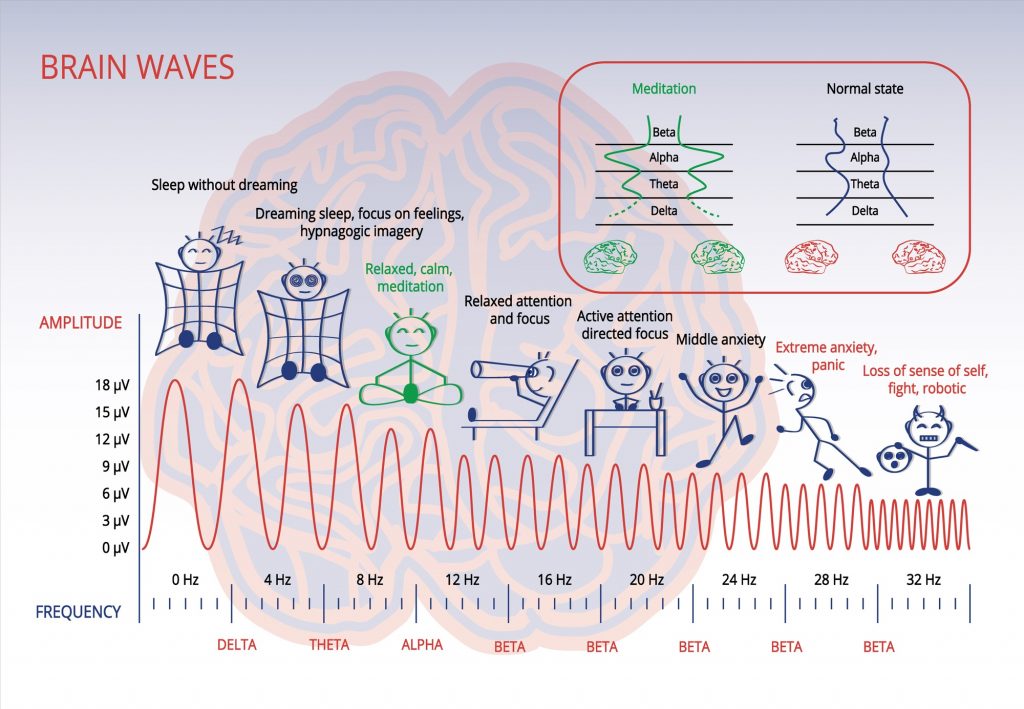 The four brain frequency patterns or brainwave states are:

• Delta – Delta patterns fall in 0.1 to 4 Hz range and are associated with deep, dreamless sleep and unconsciousness.

• Theta – Theta patterns fall between 4 to 8 Hz, associated with the REM phase of sleep, meditation, creativity.

• Alpha – Alpha patterns fall in between 8 to 13 Hz, which promotes positivity and decreased anxiety.

• Beta – Beta patterns fall in between 14 to 30 Hz, which is linked to increased concentration, alertness, cognition, problem-solving, and better memory.

Music, especially rhythm, has the capacity to influence our mental and physical performance, and scientific research and studies have proven that. When a rhythm is repetitive and regular, our brain’s frequencies slowly align with it.

We are all aware of how some music, or rhythms, can make us feel peaceful and relaxed, and other pieces can make us jangly and agitated. Music indeed influences the brain, and so too does brainwave entrainment and binaural beats.

Binaural beats take this synchronization to a whole new, rapid level. Before any sound enters the brain, it is first processed in the ‘Superior Olivary Complex’ (SOC). This is the part of the brain that identifies which direction the sound will go through, but the superior olivary complex will be tricked by the binaural beat, as it hears two tones at two different frequencies at the same time.

Binaural beats are comparable to optical illusions. However, they are auditory illusions. The SOC will function much like a conductor of an orchestra. It signals certain neurons of the brain and results in synchronization to take place. This process of synchronization is called ‘entrainment.’

Many people have questions regarding the effectiveness of binaural beats or brainwave entrainment in influencing the brain. The assumption often is that it is a new gimmick.

However, entrainment has been around for centuries. The reason for this assumption is that the terms binaural beats or brainwave entrainment did not exist centuries ago.

Ancient cultures believed that the brain had the ability to be entrained by the use of repetitive sounds. However, it is only in more recent times that it has been given its current name.

It is also through modern research that the process of influencing the brain using binaural beats has been scientifically proven. If we look back in history, we can see that drum beats, sounds, or music have been used for treating certain maladies. For example, the ancient Greeks employed the use of music to promote sleep, alleviate pain, and reduce stress.

Many native Americans, Africans, Australians, and others used music and chants as an important part of their healing rituals.

A scientist conducted a study on the use of drum beats by some ancient civilizations. The drum beats followed a steady rate of 4.5 beats per second. The drum beats consistency was able to produce a rhythmic sound that induced individuals into a trance-like state.

This is because by hearing the steady rate of the beats produced by the drum, the brain synchronized to a brainwave frequency of 4.5 bps. The results also showed that the effects only occurred when the drum beats were sustained for at least 13 to 15 minutes.

The conclusion from this study was that the use of drumbeats resulted in neurophysiological effects, which resulted in changes within the brain waves, that altered the state of consciousness.

These findings bring us to a greater understanding of why ancient societies deemed music as a crucial part of maintaining health and wellbeing.

How Do You Listen to Binaural Beats?

If you want to listen to binaural beats, and if you want to get the most benefits from doing so, here are a few helpful tips to get you started. 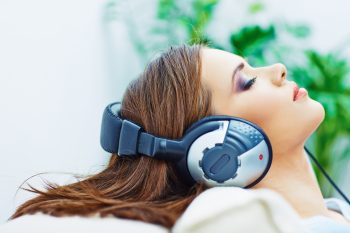 The nature of binaural beats means that the two individual tones must be heard in individual ears. The reason headphones are so important is because each ear is listening to beats with different frequencies.

If you’re listening to the sounds on a loudspeaker, accompanied by background noises in your environment, your brain will not perform the action of creating the new frequency, which is the difference between the frequencies of the two tones.

If wearing headphones is problematic for you, there are alternatives, such as monaural beats, where the tones are premixed and can be listened to ‘open,’ as in on external speakers. However, monaural beats are not as effective in inducing some frequencies as binaural beats are.

When, Where, and How Long to Listen

Binaural beats require at least 15-30 minutes of listening time to be effective.
Make sure you choose a relaxing, peaceful place. Doing this daily for at least a month helps you experience maximum benefits.

Many people choose binaural beats when they want to clear their minds, with a view to calming their mind or for increasing focus. In either case, choosing where you listen is important to avoid distraction or interruption.

The brain requires at least 7 minutes for entrainment to take place. This is the time it takes for the brain is able to sync with the stimulus, which is the binaural beat. Listen for at least 15 minutes every day in order to achieve your desired outcomes for using binaural beats.

Different binaural beats tracks have different purposes. Some are designed to help you relax and enter a meditative state. Others are designed to induce sleep. Others help increase your brain wave frequency into the higher end of the ‘Beta’ range, for highly focused problem-solving.

As can be seen, not all beats are the same. Listening to the wrong ones at the wrong time won’t help you to achieve the mental state you seek, and will probably make it harder or even impossible in the short term (at least while the beat is playing).

Listening to binaural beats designed for Alpha, Theta or Delta states must only be done when you want to relax, or engage the creative side of your brain, and never when you’re engaged in a mentally demanding task.

Avoid listening to these binaural beats while doing something that warrants focus and concentration, such as when you are driving.

This is because these binaural beats bring your mind to a meditative state, which is not conducive to action-oriented tasks that require critical thinking or rapid response.

Making it a habit to listen to binaural beats will help you improve your visualization skills, which may result in improved personal development.

Eyes Open or Closed – What Works Best For You

However, it’s up to you how you want to use binaural beats. Experiment with different ways of meditating or listening to binaural beats and see which method allows you to get the most out of your session. 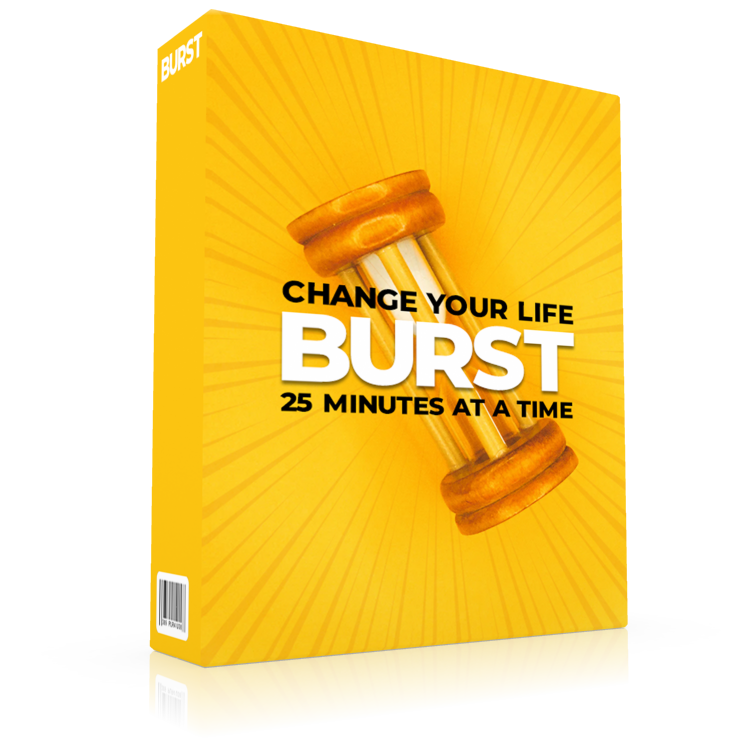